Hannah deals with financial settlements following divorce or separation, as well as complex disputes concerning children and matters under The Family Law Act 1996 (with regard non-molestation injunctions and occupation orders).

2021 has seen a rise in cohabitation and property disputes, resulting in an increased number of potential claims under The Trusts of Land and Appointment of Trustees Act 1996 (TOLATA). Not including live and ongoing cases, Hannah has successfully settled all TOLATA cases which she has been instructed upon in the last year without need for court proceedings, saving time and expense.

“When I receive a brief from Hannah, I know that it will be thoroughly prepared and she will provide me with all of the information that I require to obtain the best result for our client. Hannah goes over and beyond for all of her clients; she supports and guides them through the court process and provides excellent advice so they attend hearings fully informed of what to expect. Most importantly, Hannah will explore and consider all possible legal avenues so that her clients get the outcomes they desire.” – N. Williams, 5 Pump Court Chambers

Hannah joined the firm in August 2013 and qualified as a Solicitor with the firm at the end of 2018. She joined the Dispute Resolution team in January 2018 and is currently based at our Medway Office.

Recent case study - "Retaliatory action is not uncommon following separation, and the risk of child abduction is of grave concern to most clients where there has been an acrimonious split. I was urgently instructed on a case where the client’s worst fears had been realised. The child (4) had been in the client’s care owing to there being concerns as to the other party’s ability to care for the child, owing to suspected drug use and inadequate living arrangements. On impulse, the other party had knocked at the front door, taken the child and absconded. Despite this being reported, the police, unaware of the concerns surrounding the other party and absent of there being any court order in place, allowed the child to remain in the other party’s care given that the other party had parental responsibility. The client had an appointment with me on the Tuesday afternoon and, following my making an urgent ex-parte application to the court, the matter was before the court on the Friday morning. After my putting the client’s case forward, the court made an Order for the child to return immediately to my client’s care and a residency Order was made in my client’s favour. Conditions were attached to the Order, by way of a penal notice, in order that criminal action could be taken if the other party were to breach the Order."

As a member of the family team, I advise clients on a vast range of issues that are consequential to a breakdown of a marriage, relationship or civil partnership. This may include but is in no way limited to issues regarding property, finance and practical arrangements for any child or children to the relationship. Specific claims may also be relevant, such as those under The Family Law Act 1996 (with regard non-molestation injunctions and occupation orders), maintenance pending suit applications (for financial support during the divorce process) and, in the case of cohabiting couples, claims under Schedule 1 of the Children Act 1989.

In terms of disputes concerning children, I have advised on urgent and complex matters including but not limited to matters involving child abduction and neglect.

My advice is frequently sought on property related matters, particularly with regard potential claims under The Trusts of Land and Appointment of Trustees Act 1996 and claims under Schedule 1 of the Children Act 1989.

I am a proud member of Resolution which seeks to promote a constructive approach to family issues, considering the needs of the family.

As a litigator, I also provide advice on contentious trust and probate law using knowledge obtained from The Association of Contentious Trust and Probate Specialists (ACTAPS). Probate and trust disputes are becoming increasingly common and the legal process of challenging a Will is often extremely intricate and complex, requiring a keen understanding of both the law and the client’s circumstances. Recently I have been involved with cases that have centred around allegations of lack of mental capacity and undue influence and that are now before the High Court.

Outside of the office I spend time with my Dandie Dinmont Terrier, a vulnerable breed, which I am fortunate enough to own. We have been lucky enough to qualify for Crufts, being awarded Best Puppy in Breed in 2020.

The album, No Shame by Lily Allen, Garage Classical from DJ Spoony and then Rise by Gabrielle. 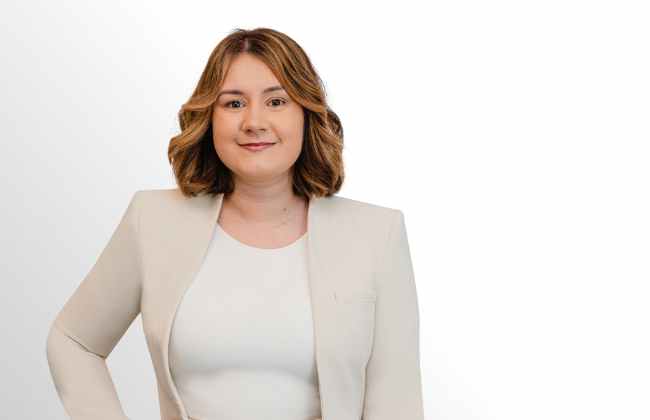 Do I need planning permission to make changes to my garden?

With summer in full swing, many people are planning to make changes to their gardens. Some changes might be extensive, including decking, a garden office, fences or a total landscaping overhaul. While you generally won’t need permission to plant your...
Read more

If you are considering giving Power of Attorney to a loved one, we understand that this may feel overwhelming. There are many considerations, including choosing someone you trust to carry out your wishes and conduct your affairs as you would want. Choosing...
Read more